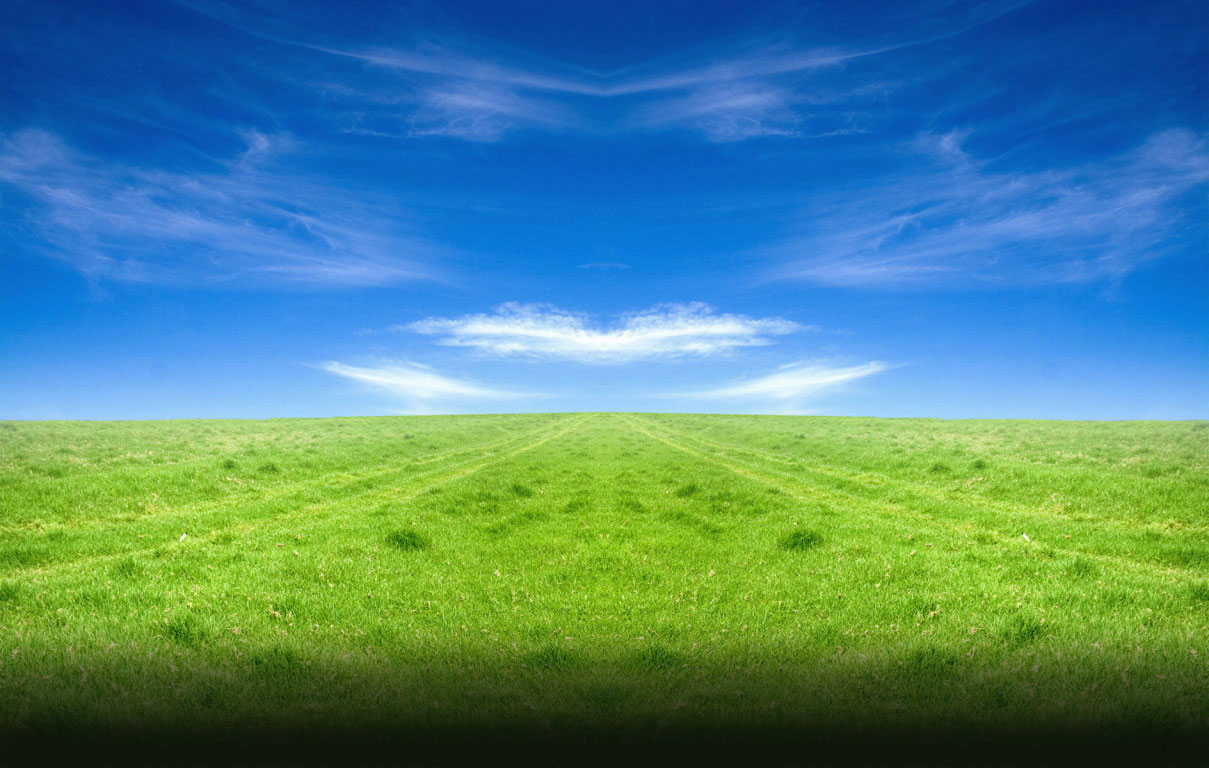 The Pig Health Society was founded in 1969. Its aims are the advancement and dissemination of knowledge concerning all aspects of pig health and production. Membership is open to all interested in the aims of the Society.

Each year the Irish Pig Health Society holds its annual symposium and trade fair. Industry professionals are invited to the event to speak on relevant topics. The trade exhibitors consist of all the major pig industry service providers.

Thomas Gallagher joined the IPHS in 2017. From a farming background in Donegal, Thomas graduated from UCD in 2011 with an honour’s degree in Agricultural Science. Thomas currently works with MSD Animal Health in the Integrated Livestock Business Unit specialising in offering preventative solutions to veterinary professionals, responsible persons and farmers in Ireland and Northern Ireland.

James Luttrell is a native of Co. Laois and graduated from Waterford Institute of Technology with a BSc in Agricultural Science. As part of his final year, James travelled to Holland to work for international breeding company, Topigs. On his return to Ireland, James took up a role as a farm manager on a full integrated, 500-sow unit.

In 2015, James joined Alltech as their Irish pig coordinator. In this role he developed Alltech Ireland’s pig business. James joined Devenish in 2018 as one of their pig nutritionists where he works closely with feed mills and farmers aiding with diet formulations, creep and premix sales, helping to maximise production and efficiencies while providing technical back up. James’ main areas of interest are sow nutrition and performance.

Hazel Rooney, from Co. Wicklow, graduated with a first-class honours degree in Animal Science in 2016 from University College Dublin (UCD). In 2019, Hazel received her Ph.D. in swine nutrition from UCD and the Teagasc Pig Development Department. Hazel’s doctoral research focussed on maternal feeding strategies during gestation and lactation to optimise annual sow output and to promote the growth and development of progeny from large litters. Hazel then spent a year working as a post-doctoral researcher in the Teagasc Pig Development Department.

Since 2020, Hazel has worked as the Pig Technical Coordinator with Alltech Ireland. Hazel is responsible for the coordination and development of technical solutions for pigs for the Irish and European marketplace, working closely with the Irish sales, gut health management, marketing, and research teams.

From a prominent pig farming background, Shane’s family farm 2000 sows across 4 modern high health & welfare farms in Kerry including Ireland’s first freedom farrowing commercial pig unit. Shane joined the Irish Pig Health Society as a student back in 2011. He spent time working for Animal Health Ireland as their Technical Working Group Rapporteur. In 2015, he joined Interchem as their Swine Technical Sales Manager where his role was to sell, market and distribute Ceva and HIPRA vaccines in Ireland. In 2018 he joined Easyfix Ireland as their International Swine Business Manager before taking up a part time role with AHV Ireland in 2021 as their Head of Swine. He also lectures in numerous universities and provides consultancy to companies worldwide on pig welfare & sustainability. He holds a Masters in Pig Health from the Royal Veterinary College of London where his studies looked at disease status, respiratory lesions, antibiotic use and biosecurity on Irish pig farms.

Amy earned a BSc in Zoology in 2009 from University College Cork (UCC). In 2010, she completed an MSc in Ecological Assessment from University College Cork (UCC). In 2014, Amy completed her PhD with the University of Warwick and Teagasc which examined the prevalence and risk factors for lameness and limb lesions in Irish pig farms and investigated the effect of feeding a diet specially formulated to the needs of developing gilts on locomotory ability, claw lesions, limb lesions, post mortem joint lesions, bone mineral density and carcass characteristics.

Since 2013, Amy has been employed by Teagasc as a Pig Development Officer with the Pig Development Department (PDD). She is tasked with providing an advisory, knowledge transfer and education service for Irish pig producers in order to enhance the sustainability of Irish pig meat production. This role includes; undertaking farm visits and assessments, preparation of farm production and financial reports, stakeholder consultations, facilitation of farmer discussion groups and conducting and assisting research projects. Amy also coordinates the PDD education service, PDD events and the Teagasc PDD corporate website and is the editor of the stakeholder newsletter. Additionally Amy has been the Regional Secretary of the International Society for Applied Ethology (ISAE) since 2013.

James Luttrell is a native of Co. Laois and graduated from Waterford Institute of Technology with a BSc in Agricultural Science. As part of his final year, James travelled to Holland to work for international breeding company, Topigs. On his return to Ireland, James took up a role as a farm manager on a full integrated, 500-sow unit.

In 2015, James joined Alltech as their Irish pig coordinator. In this role he developed Alltech Ireland’s pig business. James joined Devenish in 2018 as one of their pig nutritionists where he works closely with feed mills and farmers aiding with diet formulations, creep and premix sales, helping to maximise production and efficiencies while providing technical back up. James’ main areas of interest are sow nutrition and performance.

Martin Tighe is an independent consultant scientist and founder of Univiv Ltd, who has undergraduate and postgraduate qualifications in Chemistry, Nutrition and Integrated Health. Martin worked in agriculture and fisheries research in Iceland for 6 years but in 2002, changed career to focus on pharmaceutical product development. Martin has also contributed to Novel Technologies for oral drug and nutrient delivery in fields including rare diseases and oral insulin.

An interest in sustainability, food production and antibiotic resistance led to a new direction and since 2011, he has worked with a range of natural chemistries that show promise as anti-viral, anti-bacterial, anti-oxidant and anti-inflammatory agents. Univiv develops and manufactures a range of health products for ruminants, swine, poultry and aquaculture.

Carla Gomes graduated as a veterinary practitioner from the University of Porto, Portugal in 2002. She worked in a small animal practice while studying for her MSc in Veterinary Public Health in Lisbon Technical University, focusing on Johne’s disease in dairy cattle. Carla then lectured in Epidemiology and Public Health at the University of Porto and completed a PhD in Salmonella in pigs, specialising in risk characterisation and modelling of disease transmission within a herd.

Carla moved to Scotland in 2012 and worked for the Epidemiology Research Unit at Scotland’s Rural College (SRUC). There she was involved in several projects related to the British pig sector and other livestock species.

In September 2019, Carla joined Animal Health Ireland (AHI) as the Programme Manager for the Pig HealthCheck Programme, an AHI-led programme co-funded by pig producers and the Department of Agriculture, Food and the Marine (DAFM) with the aim of improving the profitability and sustainability of the Irish pig industry through improved animal health.

Jessica Connolly has been working with JMW Farms since 2018 where she began working part-time on a 2500 sow breeding site. She worked on this site until she completed her undergraduate degree in agriculture in 2020, then she took up the role as research and development coordinator, running various trials across all aspects of the business, from sows to finishers.

Since completing her undergraduate degree, she has since undertaken a MSc degree through University of Glasgow on a part-time basis, studying animal nutrition, specializing in monogastrics.

In her (limited) spare time, she rear calves at home and competes in showjumping.

Head of Pigmeat and Poultry for Bord Bia, Peter Duggan leads and manages the implementation of the organisation plans for these categories in response to sectoral developments. Peter has spent over a decade working with client companies and key stakeholders in his current position. Hailing from a mixed farming background in County Laois, he is an advocate for supporting farm families and food producers that help to contribute towards a vibrant rural economy.

From a pig and dairy farming background in South Tipperary, Hannah farms alongside her father Charlie Ryan on an integrated unit.  Hannah originally studied at Waterford Institute of Technology and having completed her Green Cert she is now studying pig production. Hannah spends most of her time between the farrowing rooms and completing office work for the farm. Hannah also works part-time in healthcare in her local hospital 2-3 nights a week.